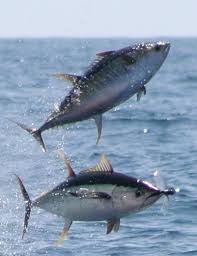 The pristine Maldive Islands are always a mesmeric holiday destination offering sun, surf and sand in plentiful measure. Additionally the unique culture and traditions of the islands never fail to enthrall the visitor. As you might expect in a tropical island nation, the fishing industry has always played a significant role in the lives of the local people.

Despite the development of the tourist industry and the influx of foreign visitors, it may be surprising that the fishermen still employ traditional methods to obtain their catch. Typically fishermen will venture into the vast expanses of the Indian Ocean on dhonis – traditional Maldivian sailing vessels – and use either a handline or a pole and line to snare their catch. In fact advanced modern large-scale fishing methods have been proscribed in Maldivian waters so that the tuna stocks are not depleted. Tuna is the main food fish that is desired, and the most popular varieties are the skipjack and yellowfin tuna.

The yellowfin is considered to be one of the larger species of tuna, attaining impressive size; some individuals reach weights in excess of 400 pounds. It is however smaller in size compared to the Pacific and Atlantic bluefin tunas, southern bluefin and bigeye tuna. The yellowfin usually inhabits relatively shallow water depths, although they sometimes dive to considerable depths.

The yellowfin typically feeds on smaller fish species, squid and various crustaceans. Its body shape is optimized for speed, and this characteristic enables it to chase and capture swiftly swimming prey such as saury, mackerel and flying fish. Other frequent catches include sardines, lanternfish and anchovies; large individuals also feed on skipjack and frigate mackerel. 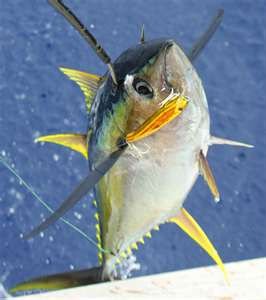 On the other hand when young yellowfin are preyed on by predators such as bigger tuna and other predatory fish like shark, wahoo and billfish. As the yellowfins mature and develop in size and swimming speed they are able to evade all but the largest predators like whales, sharks and marlins.
Visitors to the Maldives will have the opportunity to sample delicious dishes made from freshly caught tuna as well as other marine delicacies.

Travellers desiring an outstanding Maldives resort will find an excellent choice in Anantara Veli Maldives. The delightful Maldives bungalows offered by this resort are the ideal option for a memorable tropical holiday.

Have a Delicious Dining Experience in Suzhou

Must Try Dishes in Abu Dhabi